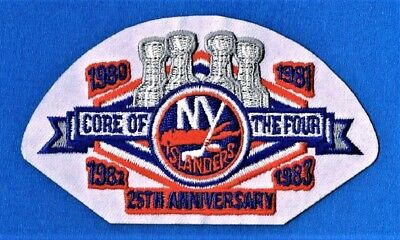 Welcome to the first segment of our annual Path to the Draft here on Isles Talk. I began following the draft back in 2008 when then New York Islanders general manager, Garth Snow made the announcement that he was going to start a rebuild of the franchise which included heavy drafting and some “sprinkling” of free agents. In that time, I’ve developed my own set of criteria based off of research from the players experience (juniors to professionals) and the odds of making it to the big club at a certain draft position, along with some tedious, “useless” stats that I like to keep. A few years back I (along with my fellow Isles Talk contributors) made the proclamation that the Isles would be Stanley Cup favorites. Low-and-behold the Isles finished the last two seasons in the Eastern Conference Finals, losing both times to the eventual champion Tampa Bay Lightning. How did we come up with a brash idea that no one has seen since 1993? The Islanders finally had a complete core.

What makes up a team’s core? How many players are needed to sustain long-term success? To answer these questions you have to look back into the past to see their future and for that look no further than the Dynasty years. These were players that were drafted by the New York Islanders all in a span of 3 years from when a center was drafted. It took over several years to finally construct the Dynasty and thanks to some excellent drafting, then Isles GM Bill Torrey laid out the blue print for building a team through the draft which has been adopted by many teams since. After researching the players who were drafted and the obvious result, I created four types of Core players: “Twilight,” “The Core,” “Young” and “Future.” Each Core player needs to have 1 winger, center and defenseman.

By the time the Dynasty was beginning, this was your “Twilight” Core (Twilight meaning their “twilight” years…still around their averages during the regular season, but become those clutch players in the playoffs).

“The Core” (This is your bread and butter players, ready and at their peak right now)

Stefan Persson 1974 Draft D, Mike Bossy 1977 Draft RW, *Bob Bourne 1974 Draft C (Not drafted by the Isles, but by KC and never played a single game for them, so from my experience, I count this)

The “Young” Core (this core represents flashes of greatness, but not yet there)

The “Future” Core: (this category should speak for itself) You can have more than three in this category depending on drafting.

Lot’s of names that people will never forget because of the success the franchise had, but what does this current Islanders organization have? What got them to two Eastern Conference Championships in two years, losing in game seven during the 2nd one? Let’s find out!

So what has me excited about next year? It was this quote from current Isles general manager, Lou Lamoriello: “What we have to do is get improvement out of our younger players and also a more complete year out of some of our veterans than we did this year.” Folks he’s talking about the future core right there. Depending on who’s here to begin training camp, the Islanders goal for the younger players should be to get their future ready now. It’s vital and necessary. That future core of the Dynasty years saw the Sutter brothers and Jonsson playing regular minutes, while the team went on to win four straight Stanley Cups. At this point, only Noah Dobson (possibly Robin Salo) is likely to be a regular on this team while the others would need the camp of their lives. When the time is right, perhaps “sprinkling” the future core over the team will be the way to go this time around.

So what does this mean for the draft? Well, you still need to build around Mat Barzal and this draft appears to be as solid as 2015. The Isles not only could be picking someone for their future core, but this player could be here with the big club in no more than 2-3 years which will either sustain the success the Isles are having or will improve whatever damage may occur to the roster. Come along for the ride this month as we’ll dive into the Islanders junior & oversees players, Bridgeport and a few with the big club and at some point I’ll have some fun and do a mock draft to see if I’m “On the right track.”