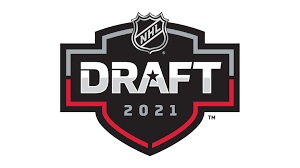 In the final segment of Path To The Draft I try (emphasis on try) to come up with a list of young players I would hope will eventually put on the Islanders sweater. As this is going to be a very difficult draft to see who the Islanders will take, not to mention that the Islanders do not pick until the 2nd round (52nd overall), I make what I call by a “Wish List.” These are young hockey prospects who I feel could fit the current system and culture of the New York Islanders. I’m not going to lie, this is a very difficult draft and in reality there could be players who are projected to go in the 2nd round move up to first and just the opposite. This wish list covers round 2-7 with a longer list in the earlier rounds. I give a brief description on each player and then give a comparison who I think this prospect reminds me of in the Islanders organization, past or present to give you, the reader a better idea of what that prospect may bring to the organization.

The Islanders are in need of a high prospect center, as their only big prospect in their system is Reece Newkirk who just joined the Bridgeport Islanders (sorry Soundtigers fans) and Ruslan Iskhakov, a 2018 2nd round pick who is not yet signed by the Islanders and is slated to be playing over in Europe this season. The issue is, there doesn’t appear to be a clear-cut center available, more like a “Diamond in the rough.” Another need maybe at defense as the Islanders have recently lost Nick Leddy, Devon Toews and eventually Thomas hickey. Noah Dobson is already with the big club and it looks like Mattias Rajaniemi, a 2020 6th round pick who reminds me of Travis Hamonic, may be the only defenseman who could be considered for future games in Bridgeport.

Samu Salminen: Center; 6’2″ 186 lbs. from Jokerit (SM Liiga Jr). If there’s a slight chance Salminen can slide to the number 52 spot, my wish is that the Islanders pick him up as he reminds me of a few players from the Islanders: Tim Connelly, Matt Barzal, Josh Bailey, Frans Nielsen etc. If you know your Islanders history, then you know the type of player I’m referring to: Pass first, 200 foot game, probably needs to shoot the puck more, but racks up the points anyways. Is Salminen a bonified first-line center? Not right now, but he’s committed to going to the University of Denver, so he’s going to be playing against men, but he already has the size to compete.

Oliver Kapanen: Center; 6’1″ 179 lbs. from KalPa U20 (SM Liiga Jr) Straight up, he reminds me solely of Frans Nielsen. Two-way player with a bit of a scoring touch and you can put him in any situation. With his bloodlines (he’s the cousin of Kaspari Kapanen) and familiarity with the NHL, I could see Kapanen come over to Bridgeport after being drafted like they did with Simon Holmstrom, but there is no need to rush anybody in this draft.

Dylan Duke: C/LW; 5’10” 181 lbs. (USPD) Dylan Duke can play center, but I think when he’s developed and ready, he could turn into a permanent left winger. For now, he’s got that Scatchard, Peca, Sutter style to him. Ultimately you’d love to see him as more of a Sutter, as he’ll crash the net and has a really decent shot, and he’s not afraid to go to the crease. He’ll get his chance to play against stronger competition as he’s already committed to the University of Michigan. Duke could be there at number 52, but if Salminen or Kapanen are still around, I’d have to go with either of those two first. Duke could be a “Best player available” pick, meaning the best player to fit the Isles system.

Colton Dach: C/LW; 6’4″ 205 lbs. Saskatoon (WHL) Dach is in a similar situation where he’s listed as a center but could end up playing the left wing when his development is over. I do see a little bit of Pageau, Scatchard, and Bailey in his game and he is related to Kirby Dach of the Chicago Blackhawks, but don’t expect him to enter the NHL anytime soon.

Ty Gallagher: RD; 6’0″ 190 lbs. (USPD) Gallagher has Adam Pelech written all over him. Quiet, does his job and when he keeps his game simple, he’s tough to beat. He’s committed to Boston University so he can fill out his frame and develop his skills for as long as the Islanders want him there.

Brent Johnson: RD; 5’11” 165 (USHL) His size may be in question, but when I say he’s got an Islanders hall of famer and Swedish legend Kenny Jonsson style to him, he might be hard to pass up. Johnson is committed to the University of North Dakota.

Simon Knak: RW; 6’1″ 194 lbs. Portland (WHL) A former Reece Newkirk teammate, Knak has a bit of Kyle Okposo to his game, but with more grit. He’s an over-ager, so when Oliver Wahlstrom is ready for full-time NHL duties, you can slot Knak and 2020 pick William Dufour on the right sides to give you that scoring touch and grittiness for Bridgeport next season.

Francesco Lapenna: G; 6’0″ 187 Drummondville (QMJHL) Sticking with the same theme as Knak, Lapenna is a former teammate of William Dufour and from what I could tell, he reminds me of Al Montoya, at least by style. You can never have enough goaltending in your system and after drafting 2020 7th round pick, 6’8″ Henrik Tikkanen last year, there could be a decent balance in the crease for Bridgeport.

Nikolai Hakala: C/LW; 6’6″ 218 lbs. Iives U20 (SM Liiga Jr) To put this very simply, he could be Uncle Leo Komarov but he can also turn into Kyle Palmieri. Grinder, scorer, 200 foot player, stays in front of the net…..if he can put it all together.

Liekit Reichle: F; 6’1″ 183 lbs. U20-Elt (SL) Swiss version to Jordan Eberle folks. Can score, plays a perimeter game but does drive to the net on occasion.

Jonathan Myrenberg: RD 6’2″ 190 lbs. Linkoping HC J20 (SEL) Myrenberg is my sleeper pick this year. He reminds me of Scott Mayfield or Samuel Bolduc…..a project. I dare say he may have a better shot than these two mentioned as of now. Skating is also very good, but needs to work on his vision.

So where did I get my info from? The usual places:

Without a doubt, these prospects will take time (3-5 year range), but if the Isles can let them develop slowly, they should be able to help the big club in supporting roles and advancing to the Stanley Cup in the future.