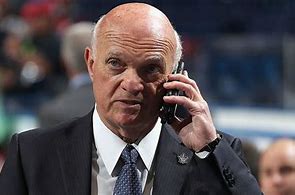 Every team in playoff contention are out to get Taylor Hall, Kyle Palmieri and just about every high profile name in the free agent market. For the New York Islanders, these players would certainly be their first choice if the price is within reason. Having said that, it appears that until the asking prices (roughly a package that includes a 1st round pick and at least a prospect) comes down to something a little more manageable, the Islanders might have a plan B list of free agents or go with plan C: make no trades and run with what they have. So who might the Islanders go after if plan A or the sexy names are taken off the board? I made a list of a few players who have some playoff experience, and will not cost Lou the farm. Again, I have no idea who Lou would target, but these would be low risk, high reward players or what I like to call a sneaky good trade if they pan out.

My take: Bobby Ryan, JP Pageau and Oliver Wahlstrom on a 3rd line? Yes please!! Bobby is looking to stay in the league and a good audition in the playoffs would help his cause, plus it would take some of the pressure off Wahlstrom from the other teams defense as Ryan would force them to adjust.

My Take: If Arizona drops out of the playoff race, coming back to his old team from last year could not hurt either player or team as it could be seen as “unfinished business” for both. The chemistry is still there and Brassard could be used as faceoff depth as well.

My Take: St. Louis could very well see themselves out of a playoff spot soon and bringing in a 55-65 point; 84 games played in the playoffs UFA in for a change of scenery could just do the trick. Because of his production this year, the Blues won’t ask for a first rounder, something Lou is very keen on keeping this year.

My Take: Hoffman or Schwartz could be given first line minutes, but bringing in someone who specializes on the power-play can only be a benefit for the Islanders, who are more known for their 5-on-5, grind it out style.

My Take: A player you can put at any position, can score goals and also has enough playoff experience to make the Islanders better.

And now for the defenseman: (looking for experienced depth defenseman in case of injuries)

My Take: Nesterov is a former Gargarin Cup winner and teammate of Ilya Sorokin. He can move the puck up well and isn’t afraid to throw the body around. At most it would cost the Islanders a 4th round pick.

My Take: Nothing wrong with bringing in a another Stanley Cup winner to the locker room to help with the long push.

If the Islanders don’t make a trade at the deadline, you run the kids until they can’t skate anymore. Kieffer Bellows will have to see more time and Michael Dal Colle needs to have a career-saving performance in the playoffs. As for the defense, I can see the Islanders using playoff tested and long time Islander Thomas Hickey, while adding someone like Parker Wotherspoon from the Bridgeport Sound Tigers will not hurt the team. As for the younger players like Samuel Bolduc, Bodie Wilde or Simon Holmstrom, Otto Koivula at forward? Only if there is a plague of injuries and the Islanders have no choice.

So did I miss anyone? who would you want if Hall, Palmieri and the other sexy players were already taken? Leave your comments in the comment section below.